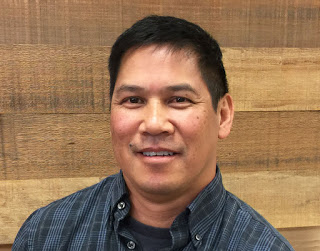 If you see a staircase rising in your future, or if you would like to know the nuances of stair construction, then Jet Manalo is our go-to guy for all things relating to stairs.

"I can talk about stairs all day if you want,"

says Jet with a smile. With nearly 15 years experience helping people design and build stairs prior to his arrival at Sears Trostel in 2007, he knows his stuff. "I can help with all the details that go into the process -- from the transition to make from flooring, to the staircase itself -- every piece."

While Jet knows a thing or two about stairs, we're pretty lucky to have his extensive construction background for all of our customers to tap into. His first job at 14-years-old was as an electrician's apprentice. He later went on to study and work in solar retrofit technology, which required him to drill through roofs and make his way through each floor to the basement, familiarizing himself with all the nooks and crannies of building construction. He even studied physics for awhile at Colorado State before deciding that construction was really his preferred path. 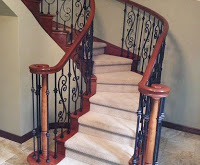 Here at Sears Trostel Jet likes to find out what customers are up to, and the projects they are undertaking. "I'm curious. I like to talk about building things and getting their projects done," he says. "I actually find some satisfaction in just making sure they get it done! It's kind of my way of living vicariously through them," he laughs.

Off the job, Jet enjoys building things with his 10-year-old son, Jonas. Specifically -- building with LEGOS. The two of them have been involved with FIRST LEGO League for several years, and Jet coached his neighborhood's FIRST LEGO League team for two years. Teams compete in creating robots with LEGOS, and program them to do specific things.

"FIRST LEGO League is like the new Cub Scouts," says Jet. "Though, it's all about science, technology, engineering and math. LEGOS have come a long way."

Would you like to know more about FIRST LEGO League?
FIRST® LEGO® League introduces young people, ages 9 to 14* (grades 4-8), to the fun and excitement of science and technology.

Teams, composed of up to ten children with at least two (2) screened Lead Coaches, can also be associated with a pre-existing club or organization, homeschooled, or just be a group of friends who wish to do something awesome.

In FIRST LEGO League, the children do the work; like program an autonomous robot (using the LEGO® MINDSTORMS® robot set) to score points on a thematic playing surface, create innovative solutions to a problem, all while being guided by the FLL Core Values. These three elements - the Robot Game, Project, and FLL Core Values - make up what we call our yearly Challenge. Teams also fundraise, create a team identity, and talk to experts in the field.

With over 25,000+ teams in approximately 80 countries, FLL is constantly expanding.